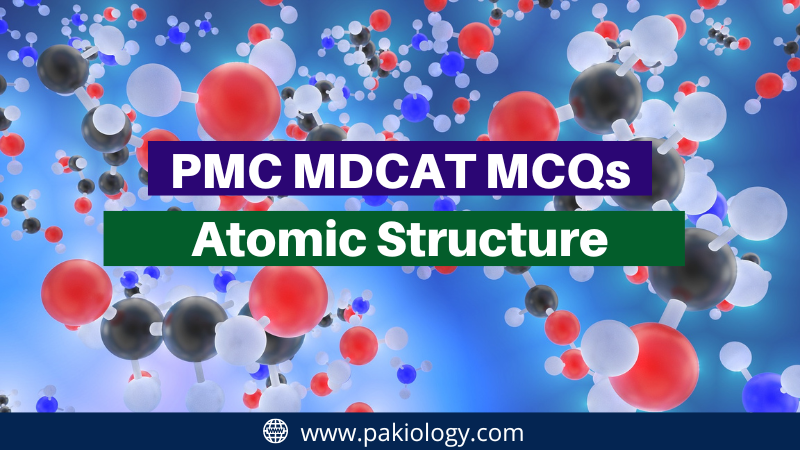 An atom is the smallest particle of an element that still has all of its characteristic properties, such as charge, mass, and chemical properties. Atoms can be formed into molecules or combined with other atoms to form ions or molecules with new or different properties. This PMC MDCAT MCQs on Atomic Structure was written to help you get accustomed to the terminology used by these questions and give you an idea of what to expect when it comes time for you to take the test! An atom is made up of three parts; electrons, protons, and neutrons. Electrons circle around the nucleus, which contains a proton and neutron. The number of protons in an atom determines what element it is. There are also different types of shells that electrons can be in. Shells are divided into s, p, d and f orbitals depending on how tightly they hold onto the electron. Each shell has its own energy level, meaning electrons will jump from lower-energy orbitals to higher-energy orbitals as they need more space. The following topics of atomic structure have been covered in these MCQs.

These MCQs are prepared from the PMC Chemistry chapter of Atomic Structure.