Study in American Universities and colleges | Study In USA 2023 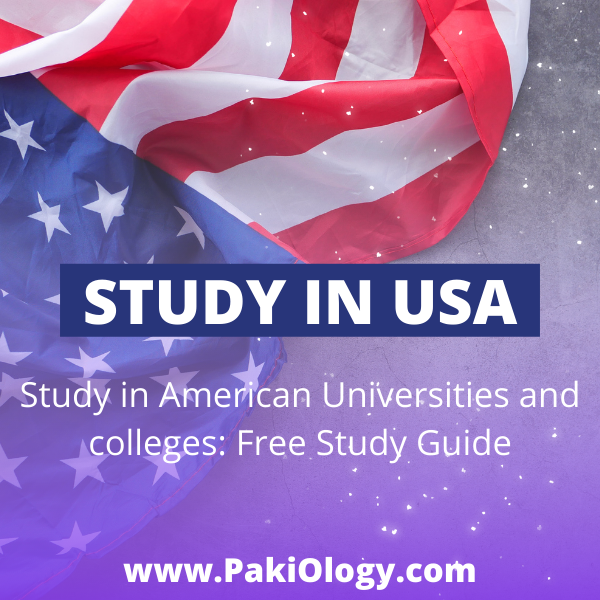 In this article, I’m going to tell you about American Universities and colleges where you can study for free. So if you’re interested in these topics then please continue reading this article till the end.

The first thing I want to tell you is that there is no free education in the United States. Every single university will require you to pay something. There will be a tuition and fees section on their website and they will tell you that the tuition fee for your exam is for example 23000$ a year or if we’re talking about a top university it goes up to 200000$.

The American education system is good in that they provide a lot of scholarships and assistantships to talented students and it’s possible to study for free. Now I want to share the names of those universities that provided financial aid for students.

Also, I wanted to mention that there are certain profiles of students and it’s really hard for these profiles to get financial aid because financial aid is provided for special students especially if we’re talking about mid-level universities. They’re really interested to get really talented and really bright students to increase their ranking because every single nationality will affect their profile, for example, the university wouldn’t want to have thousands of Chinese students and only 5 Russians or 4 Indians.

This is why they try to diversify their portfolio and make the nationality mix as outstanding as possible because as I said this affects their ranking and the higher their rank, the more aid they get from the state the more aid they get from their donors like students who already graduated from the college and got a great job and they’re donating to the university and for example last year the United States welcomed 1 million international students and those were mostly Indians and Chinese.

Equal Chances for Both Males and Females:

They want to have people from every single country in the world not from just China and India or Pakistan. So you have a slightly better chance of getting in and getting financial aid. On the other hand, if you’re an Indian male with a background in IT they’ll be a bit tougher. So your test results like TOEFL, GMAT, and GRE have to be really high.

And now talking about financial aid. The first group of universities is Stanford, and Harvard, you know all of the names that ring a bell in every single person’s head, and they’re really high ranked and you’d get great job offers. These universities don’t consider your financial abilities when accepting you. What happens if you apply to Stanford you get accepted to Stanford and then Stanford asks you How much does your family makes per year if this number is below 65000$ then Stanford is going to say “hey, we’re going to provide financial aid”.

If that’s above 65000 a year they’d probably tell you you’re able to sponsor education yourself this is how it works with high universities they don’t do merit-based scholarship assistantships. I don’t say “they normally wouldn’t do them. They normally do financial-based scholarships and assistantships So they would only consider your financial needs not your mental abilities because if you were able to get into Stanford, MIT, Harvard. There’s no doubt that you’re really talented and really hard working.

There s also another level of universities that don’t really ring a bell but which are also very good and really good in rankings but they would consider your application for different kinds of financial aid after assessing your mental abilities your achievements and your work experience. if we’re talking about universities like the University of Chicago, the University of Florida, University of Illinois They’d give financial aid to the best of the best So they have a lot of opportunities and those are scholarships.

If you get a scholarship you don’t really owe you just get the money and start studying but if you’re getting an assistantship that means you have to work 10 hours per week you’d be either helping a teacher during the lectures or doing some administrative work like filling in applications or checking applications from other international students but assistantship means you’re doing something for a university.

They’re pretty generous they would also cover your tuition fees and give you money for living and for accommodation So these colleges would assess if you’re the best of the best and would get financial aid So when applying I would recommend you to pay attention to what kind of financial aid the university provides.

If you’re applying for a Ph.D. program No matter what university you’re applying to you’d get all your costs covered by the University because when you’re doing your Ph.D. it means you can give something back to the University and you can do some work and University can pay you back. When we’re talking about Master’s students Yes, it’s possible to get financial aid but I can’t say that 90% of the students are funded but it’s possible and there are many opportunities for graduate study.

There is a student who got a full scholarship to study at Yale. She was really brilliant I’d say 5-10% of students get funded you have to be really outstanding to get funded for your Bachelor’s. Some colleges provide financial aid for bachelors everybody One of the colleges is Berea College. Their tuition fee is 23000$ a year. They provide assistance to each student and you pay a tuition fee of almost $1000 almost free.

There are plenty of those colleges make sure if you’ve been to the US on the Work and Travel program if you had any difficulties entering the US. If you were denied a visa or if you were deported or if you had trouble crossing borders with states. If you are going to almost free colleges, it may be possible to refuse your visa.

If you’re accepted to Stanford and Harvard. I hope there won’t be any problems. I’m not a visa immigration specialist. I’m just making sure you haven’t had any problems with visas if you’re getting into that college that provides financial aid to everyone. I also wanted to give you some numbers of how much universities actually provide: Berea college around 22000$ for everybody, the University of Chicago 48000$, and the tuition fee is around 45000$.

They partly cover your accommodation cost and there are plenty of students who get all the costs covered. It’s worth trying to get to the University of Chicago. Yale provides 55000$ per year.  Students got 60000$ per year and got accommodation covered.