Take this quick test and see how well you understand the subject of variation and genetics! There are 118 multiple-choice questions each question to be answered in 45 seconds, so you’ll need to work fast, but all of these MCQs are based on actual MDCAT tests and will help prepare you to do well when it comes time to take the exam in May. Don’t forget to check out other posts on our site if you want to learn more about medical topics on the MDCAT! 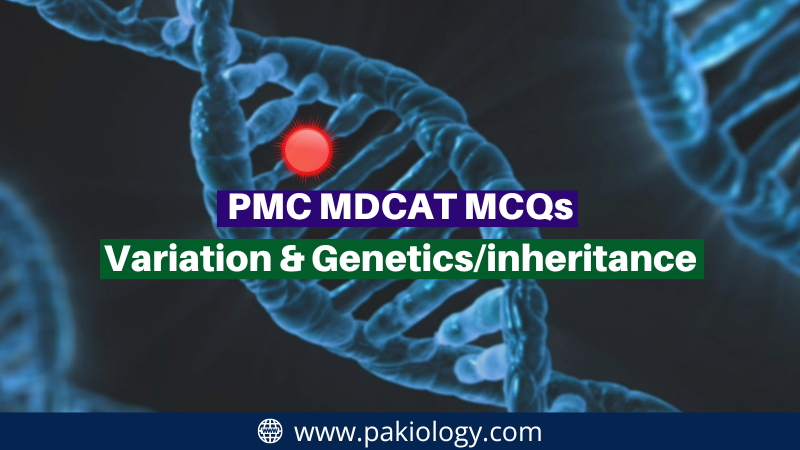 Non-Mendelian inheritance also takes into account the environment, whereas Mendelian does not. Some examples of non-Mendelian traits include skin colour, height, and blood type.

The difference between multiple alleles and a single allele can be seen in the A gene. If one parent has an AA genotype and the other parent has an Aa genotype, then there is only a single allele of this gene present in their child. But if both parents have an Aa genotype, then there are two different alleles of the same gene present in their child (hence, multiple alleles).

Codominance, on the other hand, is when both alleles of a heterozygous genotype are equally expressed in the phenotype, and neither is dominant over the other.

Epistasis occurs when one gene influences the expression of another gene, whereas pleiotropy occurs when one gene influences more than one trait. Epistatic interactions can lead to a variety of phenotypes, depending on the genes involved. For instance, if a person has two copies of a recessive allele for blue eyes and only one copy for brown eyes, then he will have blue eyes (assuming both alleles are dominant). If he has two copies of brown eyes, then he would have brown eyes.

Here are the MCQs from the PMC MDCAT on Variation & Genetics/inheritance.